FARHAN RIO GUNAWAN
President Commissioner
Mr. Farhan Rio Gunawan was appointed as a Commissioner of the company in September 2014. He is an Indonesian citizen, born in Tanjung Karang in 1962. He received his Economics degree from Jayabaya University, Jakarta in 1986. Earlier he had served as a Director in the company (1992-1998) and as a Commissioner in one of the holding companies namely PT Caturkartika Perdana (1994-2001). He currently also serves as a Director in PT Sentral Grain Terminal, positions he has held since 2000. 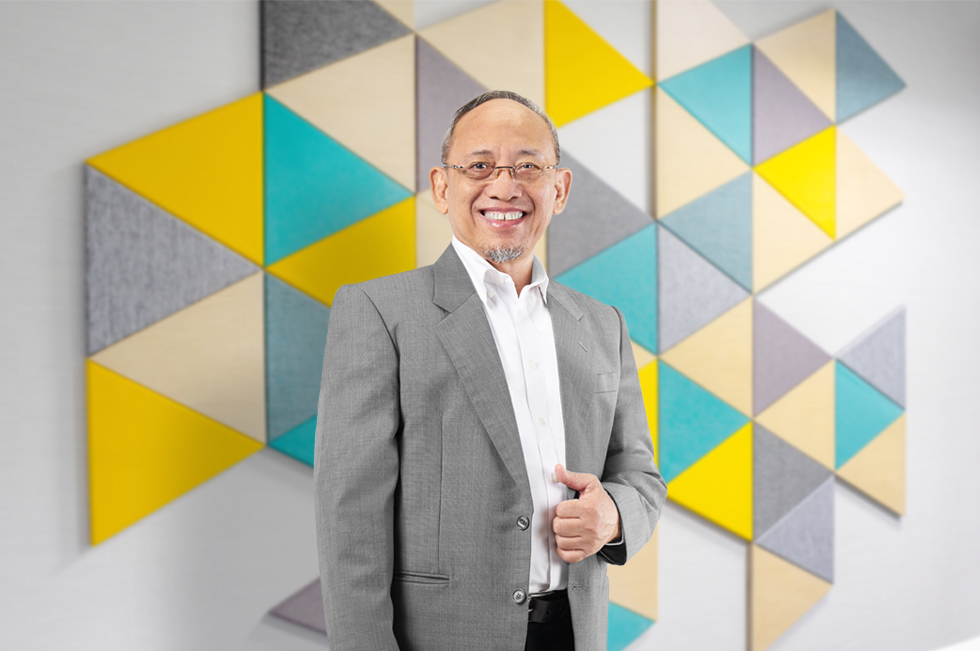 HIDAYATULLAH SURALAGA
Independent Commissioner
Mr. Hidayatullah Suralaga was appointed as an Independent Commissioner of the Company in accordance with the Resolution passed during the Extra-Ordinary General Meeting of Shareholders held on 21 July 2020. Prior to joining the Company, he was associated with the Investment Coordinating Board (“BKPM”) of Indonesia from March 1978 until December 2008. During his tenure in BKPM, he served in various capacities, notably as BKPM’s Representative at the Indonesian Chamber of Commerce in Taipei, Taiwan (1990-1993) and as the Deputy Chairman of BKPM (1999-2008). In this position, he was in charge of Supervision (1999); Investment Policy and Planning (2000); Investment Climate Development & Investment Implementation Services (2002); Investment Promotion (2004) and Investment Cooperation (2006-2008). He was appointed to the Board of Commissioners of a state owned construction company PT Amarta Karya, wherein he served as the company’s President Commissioner (2000-2007). He received his Bachelor’s Degree in Engineering (Mechanised Agriculture) from the Bogor Institute of Agriculture (IPB) in 1974. Mr. Hidayatullah Suralaga is not related to any member of the Board of Directors or Board of Commissioners nor with the ultimate shareholder of the Company. 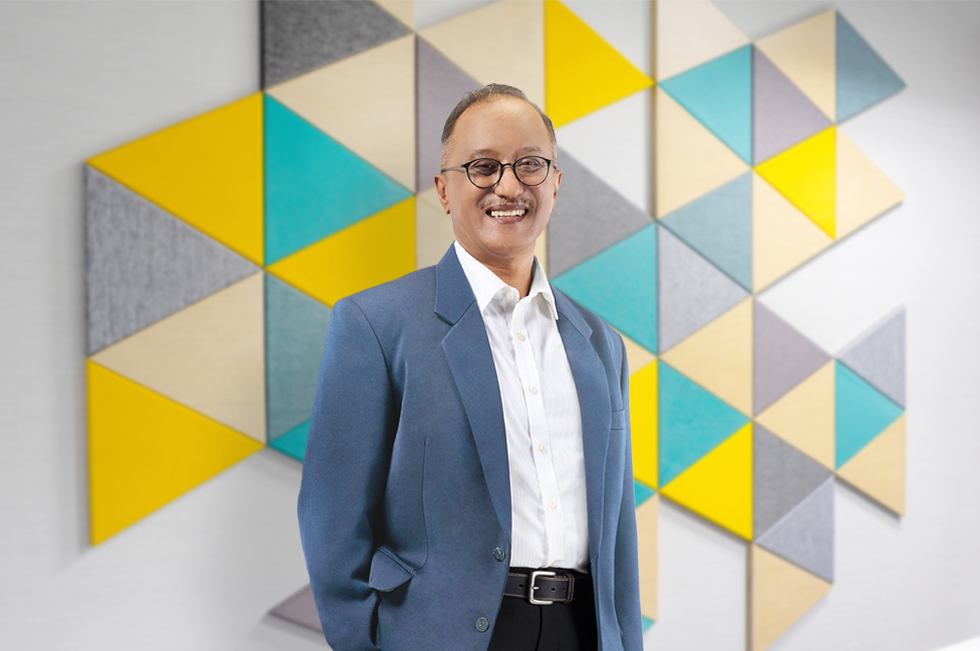 FAIZ ACHMAD
Independent Commissioner
Mr. Faiz Achmad was appointed as an Independent Commissioner of the Company in accordance with the Resolution passed during the Extra-Ordinary General Meeting of Shareholders held on 21 July 2020. Prior to joining the Company, he had worked at the Ministry of Industry, Republic of Indonesia from 1985 to 2015. From 2009 to 2013, he served as Director of Food Industry, and from 2013 to 2015 as Director of Beverage and Tobacco Industry., For a brief period between January to September 2016, he served as Executive Director of the Indonesian Refined Sugar Association. He obtained his Engineering Degree specializing in Food Technology from Brawijaya University, Malang in 1982 and his Post Graduation Degree in Business Administration from Wollongong University, Australia in 1991. Mr. Faiz Achmad is not related to any member of the Board of Directors or Board of Commissioners nor with the ultimate shareholder of the Company. 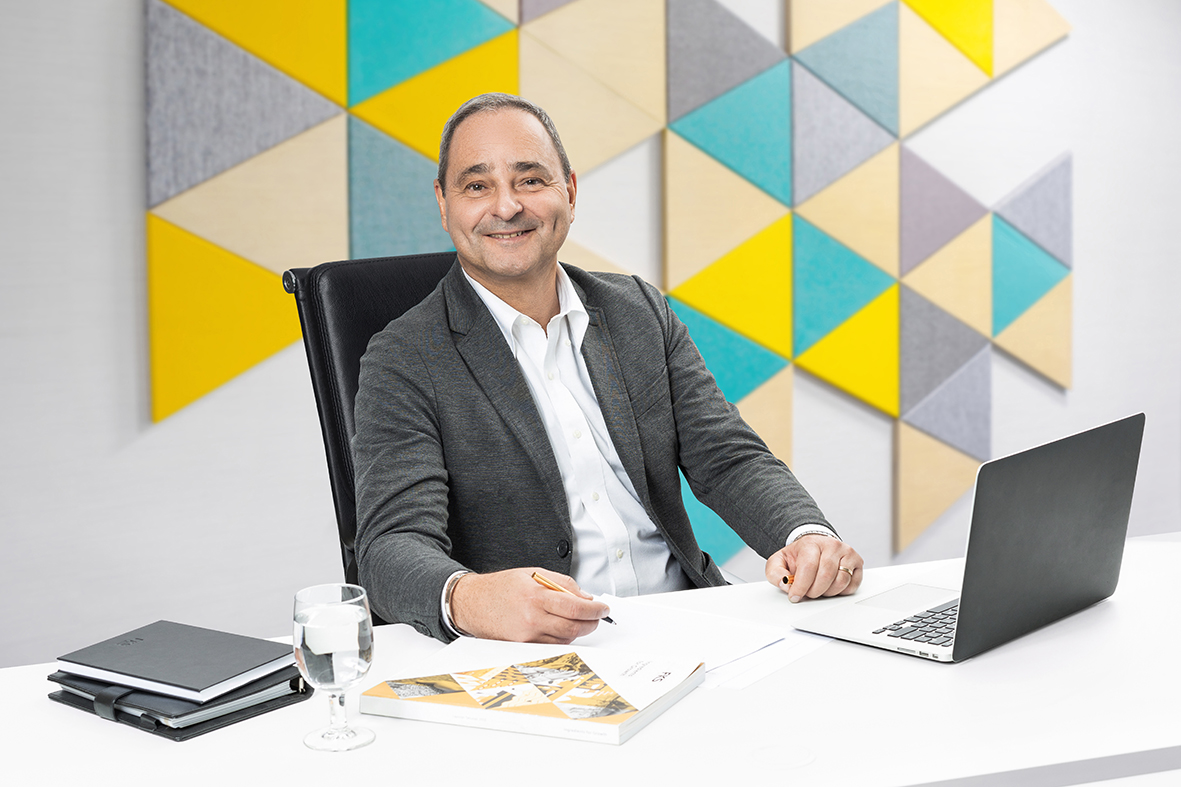 HORST SIEGFRIED GUENTHER
Commissioner
Horst Siegfried Guenther was appointed as Commissioner of the Company in accordance with the resolution of The Extra-Ordinary General Meeting of Shareholders on 12 December 2018. He is a permanent residence in Singapore. Highly professional and experienced in the agribusiness industry as the Independent Consultant, Mr. Horst Siegfried started his career as apprentice in Alfred C. Toepfer (which became Toepfer International) in Hamburg from 1980 until 1982 and in 1982 He was appointed as the employee in the Department Tapioca Trade.Since joining Alfred C. Toepfer, He has held a number of strategic positions in the company, including Deputy Branch Manager in Bombay (1983), Sole Representative in Jakarta, Indonesia (1984), Area Trade Director for Asean / Indo-China in Singapore (1988), Branch Manager in Mumbai (1989), Director for the Japan operations (1992), General Manager for Jakarta operations as well as being responsible to develop the Indochina region (1992). In March 1993, He moved to Continental Grain Company in Hong Kong and was responsible for their feedstuff trading operations in South East Asia. In 1999 the company were bought over by Cargill International, He joined them and then moved to Singapore. In 2000 He joined Bunge Limited in Singapore and became their Trade Manager for the Oilseed and Feedstuff operations in South East Asia. In 2010, He was appointed as CEO for Marubeni Grains and Oilseed Trading Pte Ltd in Singapore until 2016 and worked for them as Exclusive Consultant until the end of 2017 prior becoming Independent Consultant in agribusiness industry.

KUSNARTO
Commissioner
Mr. Kusnarto was appointed as a Commissioner of the Company in accordance with the Resolution passed during the Extra-Ordinary General Meeting of Shareholders held on 21 July 2020. Previously, he had served as the Director of the Company from 24 June 2011 to 19 May 2020. He first joined the Company in 1994 as Plant Manager and had served in that position for two years. He later moved to join a private firm dealing in agricultural commodities as Deputy Branch Manager (1996-2000). He graduated from Senior High School SMA 1 Bandar Lampung in 1979. Mr. Kusnarto is not related to any member of the Board of Directors or Board of Commissioners. He is affiliated with an ultimate shareholder of the Company namely as Commissioner of PT FKS Corporindo Indonesia. PO INDARTO GONDO
President Director
Mr. Po Indarto Gondo joined the company as an Independent Director in June 2015, and just appointed as President Director. He is an Indonesian citizen, born in Malang in 1969. He received his Master of Business Administration from Drake University (USA) in 1995 and Bachelor of Science in Chemical Engineering from Iowa State University (USA) in 1994. Prior to joining the Company, he was Vice President (raw material procurement) in PT Charoen Pokphand Indonesia (2008 – 2014). He had started his career in Charoen Pokphand group as a staff member in 1996 and subsequently rose through the ranks within CP group’s procurement department. LUCY TJAHJADI
Director
Mrs. Lucy Tjahjadi was appointed as Director of the Company on January 25, Prior to joining the Company, she was a Group Chief Financial Officer of Celebrity Fitness Holding Pte Ltd which operates in Indonesia, Malaysia and Singapore. She started her career as an auditor in Siddharta & Widjaja Public Accounting Firms and continued her career in agricultural business under Cargill group companies as Business and Country Controller in PT Cargill Indonesia (2005-2007), as Country Representative for Indonesia and Regional Financial Controller for Indonesia, Malaysia, Philippine and Thailand (2008-2012) and later assigned to its subsidiary PT Sorini Agro Asia Corporindo as Business Unit Controller for South East Asia (2012-2016). ANAND KISHORE BAPAT
Director
Mr. Anand Kishore Bapat has been serving as a Director in the company since June 2006. He is an Indian citizen, born in Jamshedpur, India in 1967. He received his MBA degree from Institute for Management Development in 1993 and Bachelor of Mechanical Engineering degree from Maharashtra Institute of Technology in 1989. He had joined the company in 2002 as Technical Advisor (Business Development). Prior to joining PT FKS Multi Agro Tbk., he was Business Development Manager (S.E Asia) in US Filter Corporation (1998); Senior Finance Manager in PT Indonesia Farming Ciganjur Makmur (1995-1997); Financial Analyst in PT Multi Finas Perdana (1994) and Assistant Mechanical Engineer in Grasim Industries Ltd (1990-1992). LIAUW SIOE LIAN
Director
Mrs. Liauw Sioe Lian has been serving as a Director in the company since June 2011. She is an Indonesian citizen, born in Jakarta in 1970. She received her Accounting degree from the University of Persada Indonesia in 1994. She had joined the Company as Accounting Manager (2002-2009); was Manager Import Execution (2009-2011). Prior tojoining the Company, she was Chief of Finance in PT Alam Makmur Sembada (2001) and Chief of Finance in PT Cipta Dimensions Steel Archipelago (1989-2001). 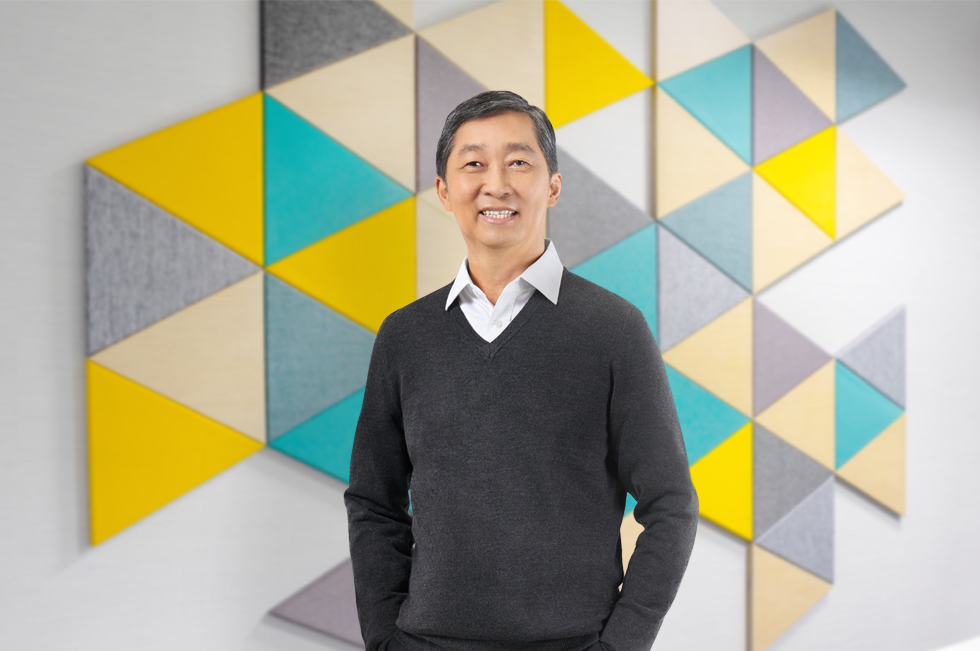 BONG WELLY SWANDANA
Director
Mr. Bong Welly Swandana was appointed as Director of the Company in accordance with the resolution of The Extra-Ordinary General Meeting of Shareholders on 12 December 2019. He is a Indonesian citizen, born in Sungai Liat Kepulauan Bangka Belitung. He received his Economics Degree from the University of Atmajaya in 1986. He still serves as President Director of PT Nusa Prima Logistik which is a subsidiary of PT FKS Multi Agro Tbk (from 2018). Previously, he was Director of PT Tapin Coal Terminal (2009-2018), Partner and Director in PT Planet Selancar Mandiri (Planet Surf) (2008-2009). Director in PT Selaras Inti Buana (Seibu) and as Country Head of PT Samsonite Indonesia (2006–2008), President Director of PT Bank Artos Indonesia Tbk (2004 – 2006), Director of PT Panen Lestari Internusa (Sogo) (1998–2004), Branch Manager in PT Bank Dagang Nasional Indonesia Tbk (1986–1998). 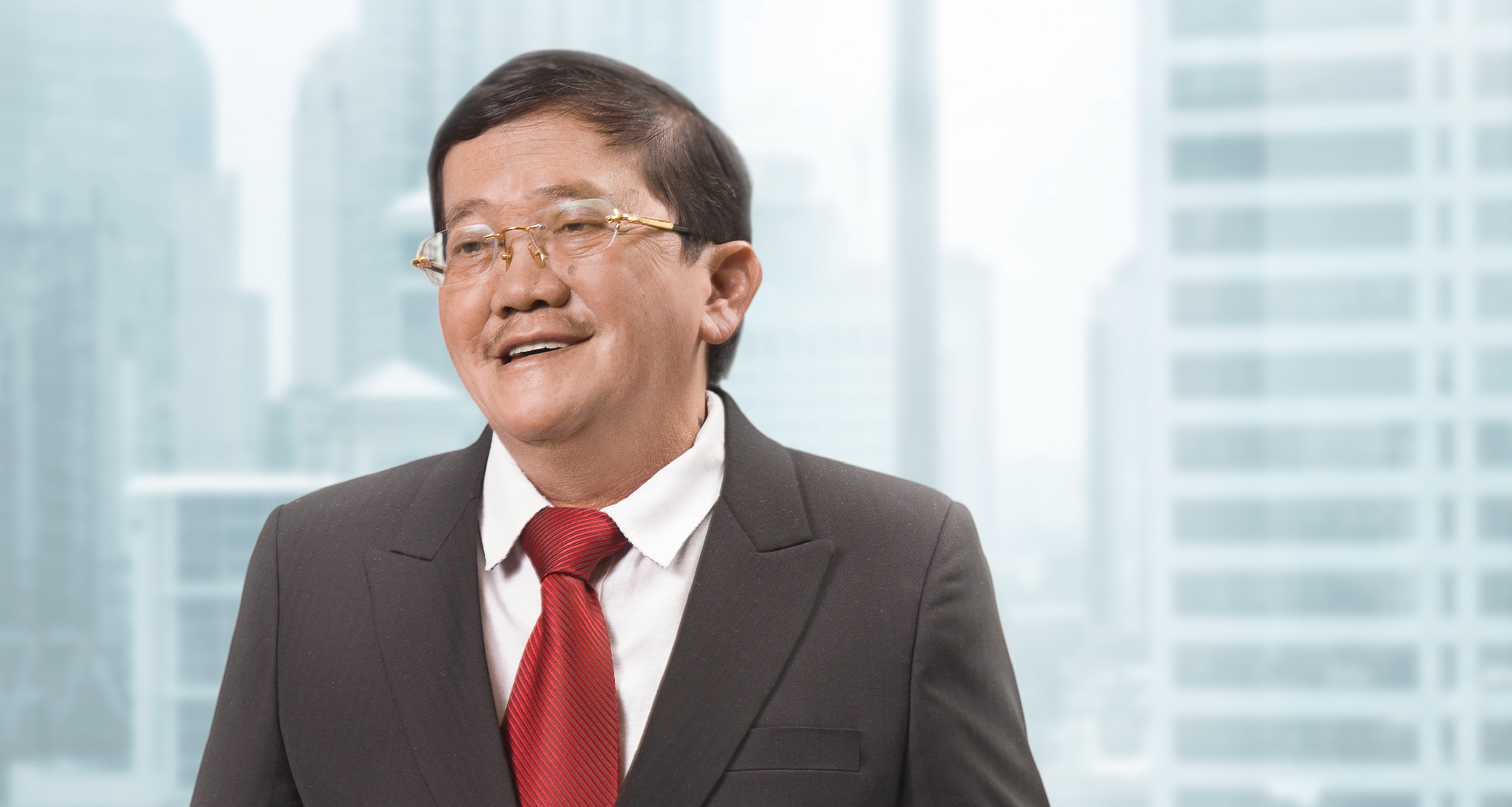 RACHMAD
Member
Mr. Rachmad was appointed to the company’s Audit Committee in June 2015. He is an Indonesian citizen, born in Magelang in 1950. He received his degree in Law from the University of Diponegoro, Semarang in 1976. He is currently also serving as a member of the Audit Committees in PT Malindo Feedmill Tbk. (since 2006) and PT Dharma Satya Nusantara Tbk. (since 2013). Additionally, he is a Commissioner in PT Herfinta Farm & Plantation (since 2011); an Independent Commissioner in PT Inovisi Infracom Tbk. (since 2008) and President Commissioner in PT Minna Padi Asset Management (since 2007). In the past, he had served in the Department of Justice’s Agency for National Legal Development (1977 – 1998) as well as in Capital Market’s Supervisory a Agency and Financial Institution in various capacities (1978 – 2006). BUDIMAN ARPAN
Member
In accordance with the decree of the Board of Commissioners dated 15 January 2019, he was appointed as member of the Company’s Audit Committee. He was Group Financial Controller at PT Kirana Megatara Tbk (2014-2016), Financial Controller at PT Asiangro Agung Jaya (2012-2014), General Manager Accounting, Process and Government at PT AXIS Telekom Indonesia (2005-2012), Corporate Finance Sub-Dept Head at PT Indofood Sukses Makmur Divisi Bogasari Flour Mills (2001-2005), Corporate Finance Manager at PT Minsuco Omega Securities (1999-2001) and previously he was a professional Auditor at Arthur Andersen & Co. (1997-1999). He obtained his degree in Accounting from the University of Trisakti in 1997. REGINA LISTIYANI
Mrs. Regina Listiyani was appointed as Internal Auditor of the Company in October 2017. She is an Indonesian citizen, born in Jakarta in 1984. She received her degree in Economics from Tarumanagara University in 2006. She was the Internal Audit Manager at PT Gilang Agung Persada before she joined the Company on 2014 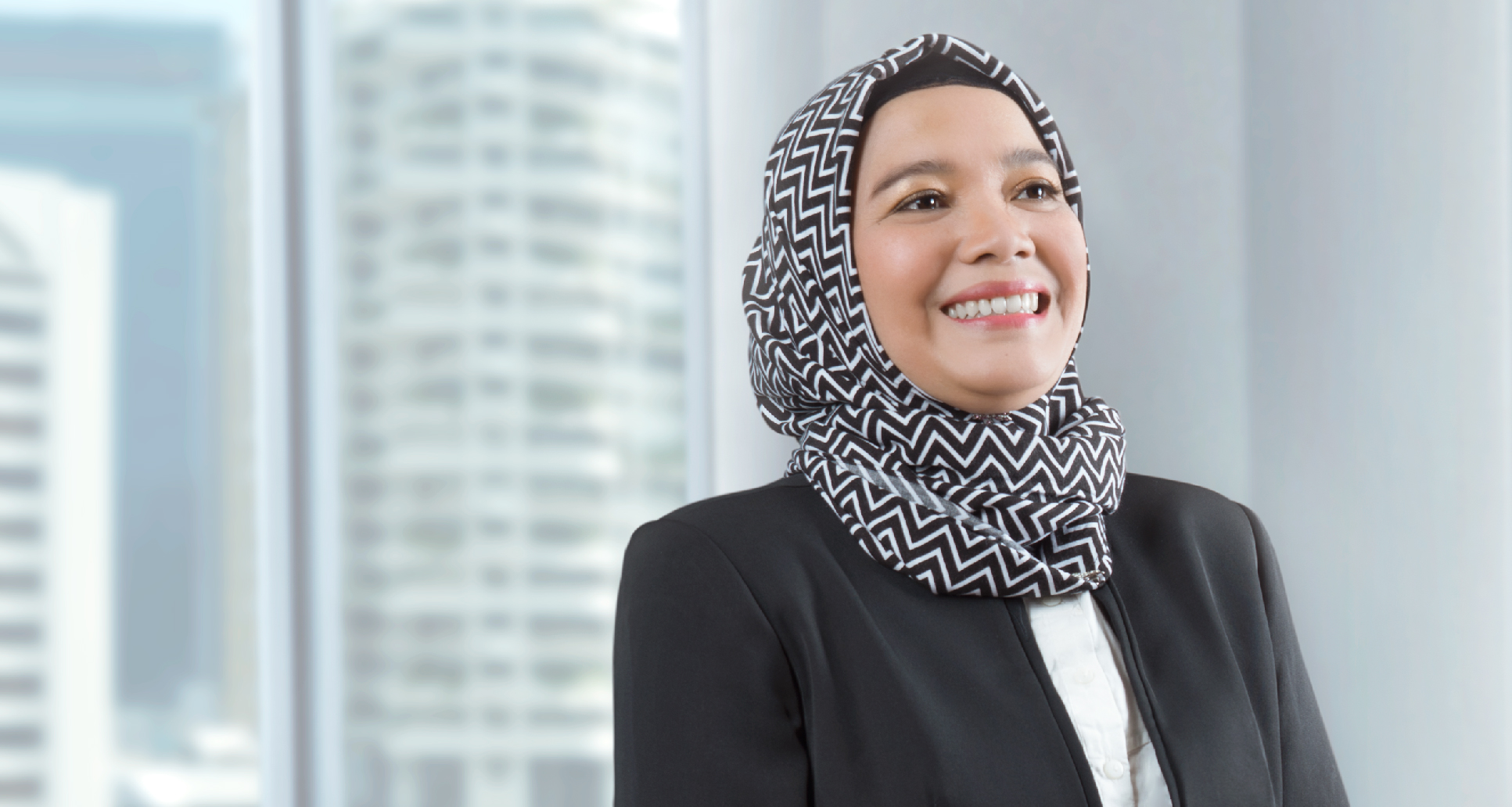 SOFIA RIDMARINI
Mrs. Sofia Ridmarini has been the Company’s Corporate Secretary since 2001. She is an Indonesian citizen, born in Pamekasan in 1971. She received her degree in Law from Trisakti University in 1995. Prior to joining the company, she was the Legal Offcer in PT Bakrie Finance Corporation Tbk. (1995-2001).